Mick Fanning put the finishing touches on his remarkable Championship Tour career at the 2018 Rip Curl Pro 17 years after winning the event as a wildcard. In the process, he cemented his legacy as one of Australia’s greatest surfing heroes. He emerged from a deep pool of talent based out of Coolangatta, on Australia’s famed Gold Coast of Queensland. He was a top prospect there, and earned his 2001 wildcard entry into the Bells event as a star Rip Curl team rider. He qualified for the tour that same year and has spent the better part of two decades as one of the biggest gravitational forces on the Tour, racking up 22 Tour wins, 11 Top 5 finishes and three World Titles. In 2018, Fanning announced he’ll be retiring from full-time competition at the Bells to bookend his journey. While his stats point to a storied career, his glabal allure comes from things that don’t show in his box score. His razor sharp brand of high-speed surfing has long been the benchmark for the timeless pillars of speed, power and flow. But Fanning’s personal journey to the top was anything but smooth. In 1998, when he was already one of Australia's hot up-and-coming amateur prospects, Fanning's older brother Sean, his best friend and hero, was killed in an auto accident. In 2004, he tore his entire hamstring muscle off of his pelvic bone, ripping the ligaments that attached to his buttocks. And in 2015, a great white shark attacked Fanning during the Final of the J-Bay Open in South Africa, which was being aired on live television back home. Later that year, in the middle of another World Title race at Pipeline, Fanning’s brother Peter passed away. Through every horrible episode Fanning rebounded with bravery, grace and conviction. While he’s taught many of his fans how to surf, his biggest gift has been teaching them how to live.

MORE PERFORMANCE THAN ANY OTHER SOFTBOARD ON THE MARKET

When developing the MF Softboards range it was clear that softboards traditionally lacked performance!

Performance issues were successfully resolved by utilising construction techniques and materials that are typically reserved for cutting-edge high performance surfboards and blending these materials and techniques with traditional soft surfboard construction.

A product line designed to ensure Mick as an elite athlete can perform at a high level.

MF Softboards provides an introduction to surfing for the next generation with an inclusive approach promoting community, health and well being.

The EPS core is laminated with layers of high grade E-Cloth and Epoxy resin forming a strong internal shell. 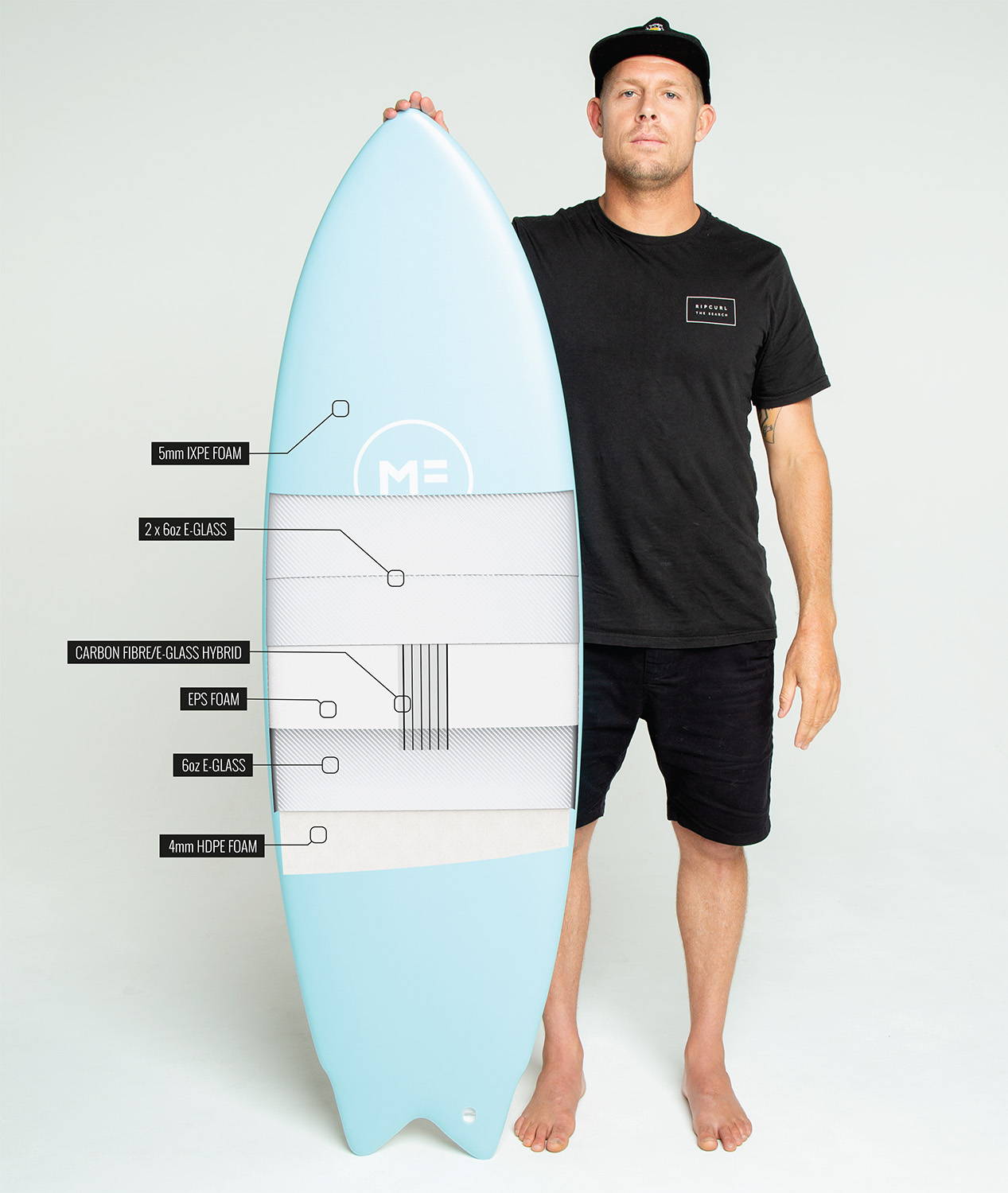